W3Champions : a ladder for WarCraft 3: Reforged

I have always been fond of WarCraft 3. I started playing this game 18 years ago, aged 8, and I have never had enough of it. There are simply too many aspects of the game that I love. You can always improve yourself, whatever the skill may be:

Of course, like many video games, there is also a huge community that allows you to have fun and to share those amazing moments you spend on playing the game. This is probably the main reason why many guys (including myself) have been playing such a game for so long.

Another aspect that has always triggers my passion for the game, like many others, is the implementation of statistics, which allows you to see how good you perform in the game. You can see, for instance your win and lose rate, and, in recent games, the league you’ve reached (here it triggers a huge competitive mindset, comparison, and will to excel in the game to be better than the opponents).

WarCraft 3: Reforged has been seriously criticized, notably because the game has not been taken as a top priority by Blizzard. The latter has surely considered that they had bigger fish to fry, which is why the final product sounded totally incomplete and unfinished.
Many of the aspects that lacked in the game included a ladder and a ranking system, which was already in place in the original game. Then we’ve been finding ourselves at the launch of the game without the competitive aspects of WC3: a (ladder) and a community panel, including clans and channels. This is without any doubt one of the most important aspects of the games that have allowed fans to stay that long in the game.

Not so long ago, Pad, a talented developer*, started building a ladder for WarCraft 3: Reforged. First, he has smartly asked the audience what kind of ranking system they would like for the game, and then, he started developing it.

*He had also developed a very useful tool (W3Booster) which helped players and streamers displaying statistics / race as well as players nicknames in real time.

WC3 Fans replied to the poll. It turned out that they mostly wanted a similar ranking system than we had for SC2 with a total of 6 leagues (bronze, silver, gold, platin, diamond, master, grandmaster).
Pad fist launched the ladder with a few leagues (wood, bronze, silver, gold and legend) and everyone eventually asked for the same leagues as SCII. This ranking system has been indeed extremely popular within competitive games. Back then, Riot Games kind of copied Blizzard by implementing the same ranking system within League of Legends. 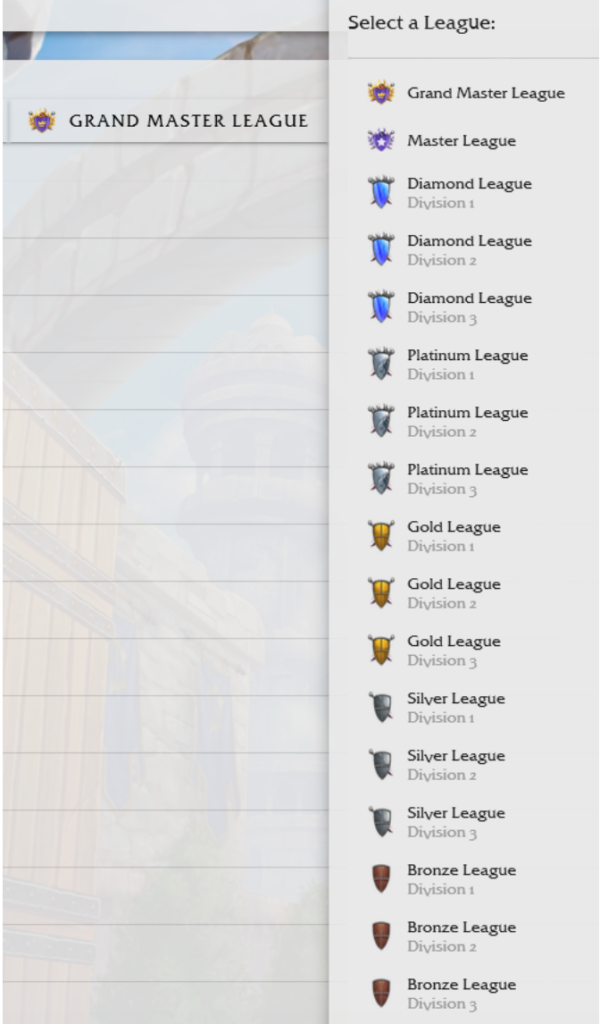 For now, top of the ladder includes players like XLorD (GER), DeMusliM (UK), ToD (FR), Grubby (NL), VortiX (ES)…
DeMusliM has been ranked #1 at the previous season and so was ToD for the first one.

It’s good to see that it brought some additional motivation to play the game.
We’ve also seen some very old players that started playing the game during this period of Coronavirus, notably LucifroN (VortiX brother) : https://w3champions.com/player/LucifroN/1829

There are also top non Asian players that started playing on the server as well, such as Foggy and Happy.
On W3C, you are ranked according to your MMR (Match Making Ratio) and also the RP (Ranking Points). W3C is very easy to install on Windows and Mac OSX.

W3Champions has been made on the same spirit as w3arena, a server that has worked pretty well for several years before WC3 Reforged got released. At that time, WC3 Battle Net was full of cheaters because Blizzard kind of stopped taking care of WC3 for a while, which is why pro players only played on w3arena.
The later included full profiles like on BNet, but with profiles and stats that were linked to the server only.

We’re hoping to see Blizzard releasing profiles and a ladder system in the near future. Meanwhile, this is a great system that could take us busy for a long while and make us more patient. Special thanks to Pad and the website developer for their great job.

Pad has planned to make a 2on2 version of the same ladder, which will also bring some joy and passion to all of us. Unfortunately, he has had some personal trouble lastly, so we will have to wait a little longer before this gets released.

W3Champions : a ladder for WarCraft 3: Reforged