Discover an incredible adventure at the heart of giant buddhas, monkeys and temples at Leshan and Emeishan (Mount Emei), UNESCO world heritage with gorgeous landscapes. Let me introduce you this brand new VLOG full of adventures with two of my french friends and a chinese friend that guided us all long. We spent such an amazing week end at these two cities. You may discover a 10 minutes dynamic adventure with a lot of humor.

This project has been quite long to release (it took over a month of work) – the video itself required a huge a mount of work along with this article, and the english subtitles. Do not hesitate to share this VLOG massively in order to support me. If you think i do deserve more subscribers and views on YouTube (although i don’t publish content very often, I try to provide high quality everytime). Do not hesitate to talk about my YouTube channel and my website around you if you like my work. 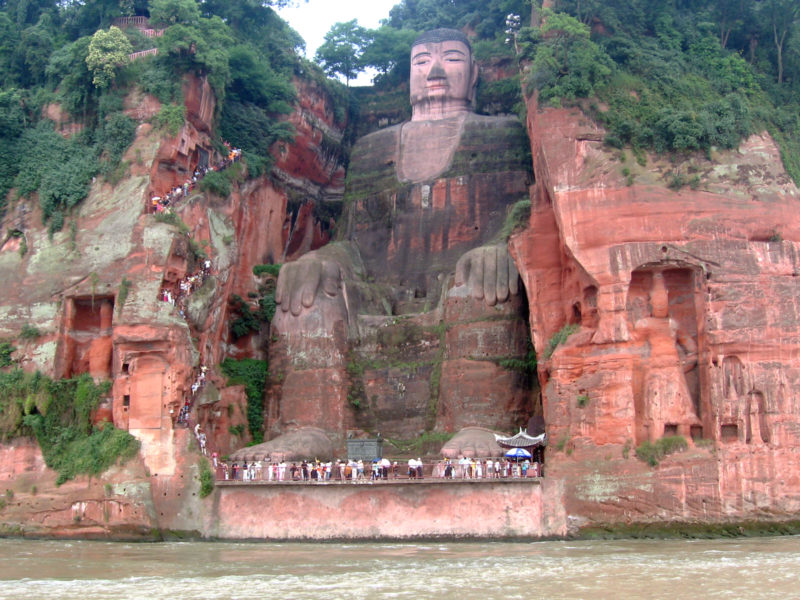 Leshan (chinese : 乐山市), formerly named Jiading, is a city located in Sichuan’s province, 120 km away from Chengdu （成都市) heading south. In 2010, there were about 3 millions inhabitants.

Leshan’s giant buddha (cf. image above & video) is considered as the world’s largest buddha (UNESCO world heritage since 1996). Leshan’s dialect is there spoken and is quite different from mandarin （浦东话）- the latter has a totally different pronunciation.
The city is in cultural partnership with some english speaking cities such as Hevery Bay, Queensland & Gilbert (Arizona) as well as two japanese cities : Ichikawa & Chiba.

Local dishes include 麻辣烫， a speciality from the region, quite close from 串串 or 冒菜， I notably talk about such dishes in this article. 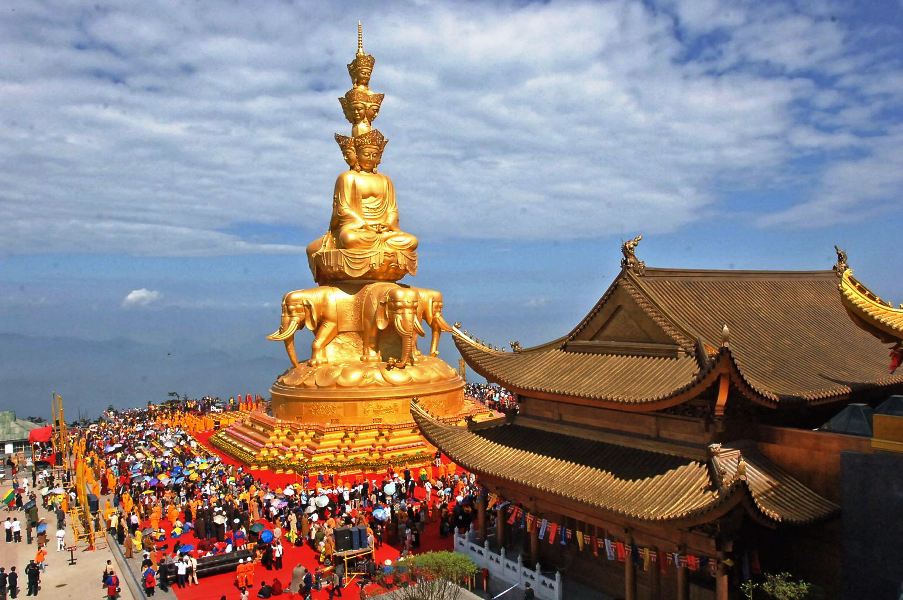 Mount Emei, also called as Emeishan, is a mountain located in Sichuan’s province. UNESCO world heritage since 1996,  it is part of four sacred buddhist mountain in China. Mount Emei is about 10,167ft tall.

Different types of martial arts are practiced at Mount Emei’s monasteries. The site contains about 76 monasteries from Ming and Qing dynasties. Furthermore, the very first buddhist temple of China was created there (1st Century).

We called its summit “the Golden Summit”, because of the massive statue of Samantahadra (cf. image above & video).
If you get round to going there, you might have the chance to meet the famous indigenous macaques from the region, you may also walk through the “wooden bridgewalk” the “crystal stream” and also get the chance to stare Baoguosi’s temple, at the Golden Summit.

TOP 5 of my favorite Chinese dishes